Satoru Gojo (五ご条じょう悟さとる Gojō Satoru?) is one of the main protagonists of the Jujutsu Kaisen series. He is a special grade jujutsu sorcerer and widely recognized as the strongest in the world.

Satoru is the pride of the Gojo Family, the first person to inherit both the Limitless and the Six Eyes in four hundred years. He works as a teacher at the Tokyo Jujutsu High and uses his influence to protect and train strong young allies.

Satoru is a tall man with a lean build in his later twenties who is considered relatively attractive, mainly due to his facial features. He has snow white hair and the Six Eyes, which are a vibrant blue color.

Satoru normally covers his eyes with a black blindfold which props up his hair and gives it a spikier appearance. When sporting a more casual look, Satoru will wear sunglasses and let his hair down to reach the base of his neck.

While working, Satoru wears a dark blue zip up jacket with a high collar that’s also fairly wide. He wears slim-fit matching black pants and black dress boots. Before switching over to a simple blindfold, Satoru used to wear bandages over his eyes.

Satoru enjoys wearing expensive clothing and has a number of casual looks he’ll pair with wearing his sunglasses. As a Tokyo Jujutsu High student, Satoru wore the normal school uniform with his sunglasses before adopting any sort of makeshift blindfold.

Satoru is a complex individual. He is normally seen to be nonchalant and playful towards his students, close colleagues, and friends. However, he is unsympathetic and cruel towards sorcerer executives, an example being his blatant disrespect towards Principal Gakuganji, and his enemies.

Satoru is extremely confident in his abilities and reputation as a powerful sorcerer, believing himself to be invincible. His opinion of others often only go as far as his judgement of their strength, and he is quite apathetic towards anyone he deems weak. Additionally, greatly influenced by his own desire for power, he is very arrogant.

He is convinced that he is the strongest in the world, which he technically is, claiming, during his fight with Toji Fushiguro, that “throughout the Heavens and earth, he alone is the honored one.”

This can be further exemplified when he was tasked with protecting Riko Amanai, one of the few ‘weak’ people he genuinely grew to show compassion for.

However, any empathy of her death was soon negated by his extensive amount of pride and arrogance after perfecting his reverse cursed technique in his following battle against Toji Fushiguro.

During intense battles, Satoru is seen to occasionally fall into a frenzied fighting state, urged by his determination for victory and undeniable proof that he alone is the strongest.

His combative style is characterized by his aggressive and domineering attacks, while flaunting his mastered techniques to his opponents.

Furthermore, in a crisis, he is capable of being cold-blooded. He will prioritize his enemies’ destruction over saving innocent people when he believes that the sacrifice is unavoidable.

However, this only extends to the people killed by his opponent he will not do any lasting harm to or kill anyone innocent to gain the upper hand.

Nevertheless, despite his haughtiness and strength, Satoru is more human than he first appears. After defeating Toji, Satoru retrieved Riko’s corpse with a sorrowful look, showing that albeit his recent conceited victory temporarily clouding his feelings, he still felt some grief over her death.

He sought to kill the Star Religious members that were laughing over Riko’s death, though was stopped by Suguru Geto  who he relied on as a moral compass at that time before taking any action.

Furthermore, Satoru was later left visibly horrified and panicked after learning that Suguru, his one and only best friend, had become a murderous curse user.

Satoru attempted to reason with his friend, but eventually realized and accepted that he lost the one person he truly saw as an equal. After having to put an end to Suguru before more calamity arose, it was Satoru’s trauma over losing his best friend that caused his ultimate downfall in Shibuya. He was also distraught when Yuji seemingly died.

Satoru’s endgame is to reform the jujutsu world from the bottom-up through education. He seeks to foster a new generation of sorcerers that he hopes will one day become his equals.

Overall Skill Level: Even among the special grade sorcerers, Satoru is known to be the strongest sorcerer in the series, holding both immense amounts of cursed energy and a dangerously powerful technique.

As a student, Satoru and Suguru were both considered “the strongest”, capable of making short work of experienced and powerful curse users.

After realizing and perfecting his capabilities, Satoru’s abilities vastly increased to where he was able to put Toji Fushiguro into the defensive and ultimately kill him with his strongest technique, whereas before he and Geto were no match for the renowned Sorcerer Killer.

As he continued to grow, he eclipsed Suguru’s might to where Suguru admitted Satoru has truly become the strongest alone.

Suguru also stated that Satoru had the capability of killing all of humanity by himself, which Suguru admitted was out of his own ability, and didn’t even try to fight back when Satoru prepared to kill him, although Satoru ultimately relented as he was unable to kill his former friend.

In the present, Satoru’s might was feared by the higherups of the jujutsu society, to where Satoru could easily force them to cancel the executions of the likes of the dangerous fellow special grade sorcerer Yuta Okkotsu and the vessel of Sukuna Yuji Itadori and he states that it would be easy for him to kill them all and overthrow the jujutsu society had he actually wanted to. Satoru even claimed that he could defeat Sukuna at his full power.

Kenjaku and his group of special grade cursed spirits were also wary of Satoru’s power and skill, with Kenjaku admitting he couldn’t defeat Gojo in direct battle.

He was capable of entirely overpowering and killing Jogo, who was the strongest of the group, and simply his presence was able to force Hanami to retreat, with Gojo almost killing the special-grade cursed spirit with a single attack.

When Kenjaku and his group finally developed a plan to face him in combat, despite their preparations, Satoru was still capable of easily fending off their assaults and overpowering them, leaving them astounded with how exceeding his capabilities truly were, killing Hanami and only being defeated due to Kenjaku using his past with Geto to distract him long enough for the Prison Realm to seal him.

Master Hand-to-Hand Combatant: Satoru, in addition to his overwhelming levels of cursed energy, is also an incredibly formidable martial artist in close combat, with extraordinary physical prowess to back up his skills.

He was capable of completely overpowering Jogo in hand-to-hand combat, delivering several precise attacks on Jogo’s fatal spots, and could even casually fight off and overpower both Jogo and Hanami with sheer close combat, easily countering their attacks and landing powerful hits that swiftly pummeled them into submission.

Immense Strength: Satoru possesses tremendous physical strength to fight against powerful curses without a problem, easily causing severe injuries to Jogo with powerful punches and throwing him a considerable distance with a single kick during their fight.

He was also able to easily rip out Jogo’s head and later on his arm with sheer physical force and even managed to casually rip out Hanami’s roots. He could casually rip apart transfigured humans, tearing them apart limb by limb.

Tactical Intellect: Gojo is quite tactical and capable of figuring out his opponent’s plan with minimum information. He has also shown to be extremely adaptable to any enemy he has ever faced so far, knowing precisely what to do to counter their techniques and find ways to defeat them.

This is best displayed during his bout against Jogo, Hanami, Choso and Mahito where he was shown to be capable of conceiving multiple battle strategies while fighting at blinding speeds, protecting civilians, keeping property damage to a minimum, all while dodging and evading the attacks of the four curses.

Immense Cursed Energy: Satoru Gojo is known within the jujutsu society as the strongest jujutsu sorcerer. He earned this alias due to the immense amounts of cursed energy he possesses.

Gojo’s cursed energy is vast enough to use a Domain Expansion multiple times per day. In contrast, most sorcerers can only use it once.

He has excellent control over his cursed energy, capable of activating his Domain in a split second, use reverse cursed techniques, and even combines positive and negative cursed energy.

Gojo is also known to have two overarching abilities, being the first in four hundred years to have both the Six Eyes and the Gojo family’s Limitless cursed technique.

With this technique, Gojo can not only heal himself, but he can make the positive energy flow into the Infinity, giving him access to his Red and Hollow Purple attacks.

However, healing others is out of Gojo’s bounds for now, something that few others like Sukuna and Shoko can do.

Gojo, however is the only sorcerer shown that can use reverse cursed energy to reverse the effect of an existing cursed technique, somewhat balancing out his inability to heal others.

Black Flash (黒閃 Kokusen?): A technique that creates spatial distortion when a user connects with an impact of cursed energy within 0.000001 seconds of a physical hit.

The phenomenon causes cursed power to flash black, creating a more potent attack to the power of 2.5 of a normal hit. Its currently unknow how many times Gojo performed Black Flash.

Limitless (無下限 Mukagen?): At the base level, Limitless is an innate technique which is derived from the Gojo family. This technique grants its users nigh absolute control over space through cursed energy manipulation at an atomic level, resulting in multiple subsequent results and techniques within the overall ability.

With the manipulation of space as just the base level of the technique, Limitless has three standard and one “non standard” form beyond this.

Infinity (無限 Mugen?): Being the neutral form of the Limitless, the Infinity is commonly known as the ability to stop, although this is a common misconception as the true power of the Infinity is to slow things down.

When something attempts to hit Satoru, the person or object in question instead hits the infinity between himself and them. According to Satoru, this is the convergence of an infinite series and comes straight from the paradox of Achilles and the tortoise.

Satoru can decide what does and doesn’t touch him and can do so based upon mass, speed, and danger ratings.

Cursed Technique Lapse: Blue (術式順転「蒼」 Jutsushiki Junten・Ao?): The reinforced version of the neutral limitless; Blue is the byproduct of Gojo amplifying the Limitless and negative energy, producing a vacuum.

Through these, Gojo creates a scenario where the world itself is forced to correct itself and fill in the negative space, causing all matter in the range of the commanded space to be pulled together.

Cursed Technique Reversal: Red (術式反転「赫 Jutsushiki Hanten・Aka?): Being an inversion of Blue, Red has the opposite effect. Using his reversal technique to invert the properties of Blue, Satoru activates the divergence of his infinity and causes an extremely powerful repulsive force, repelling all matter in its vicinity.

Being an ability that is powered by positive cursed energy and formed as a reverse curse technique, the ability has two times the destructive ability of Blue.

Hollow Technique: Purple (虚式「茈」 Kyoshiki・Murasaki?): A non-standard technique of Limitless more potent and destructive than the 2 standard forms that only select few know about, even among the members of the Gojo Family.

Satoru snaps his fingers, combining “Blue” (attraction) and “Red” (repulsion), generating a long-ranged singularity where both effects are combined, deleting and erasing all matter in its path instantaneously. 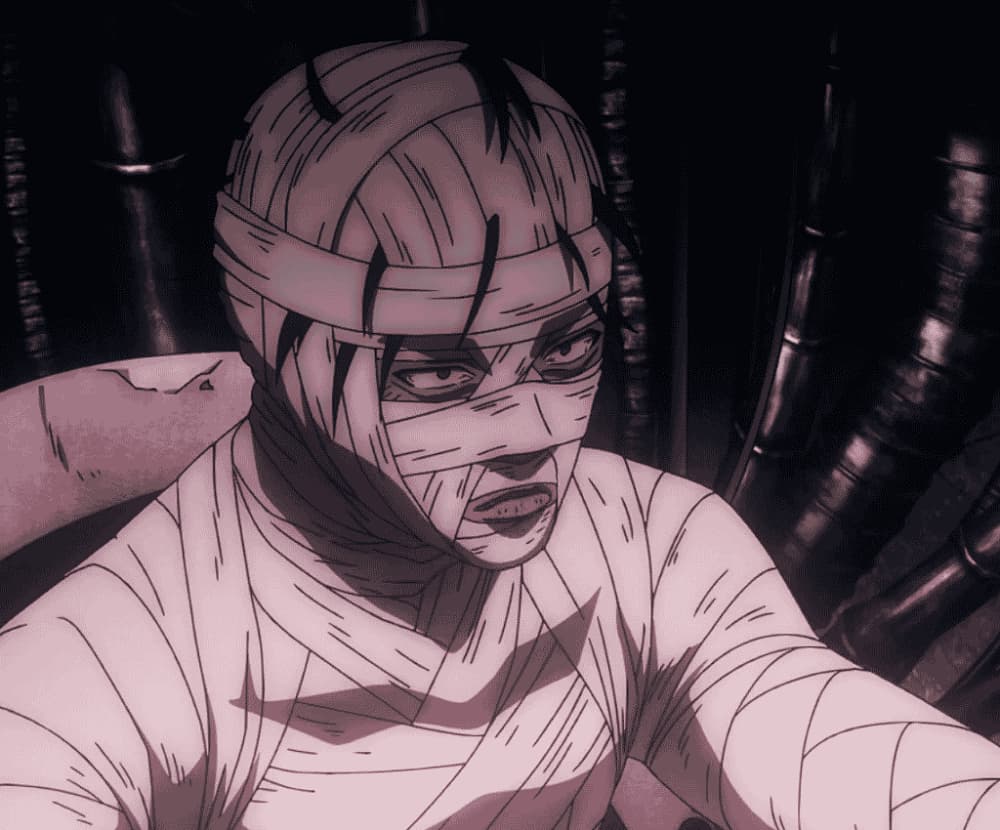 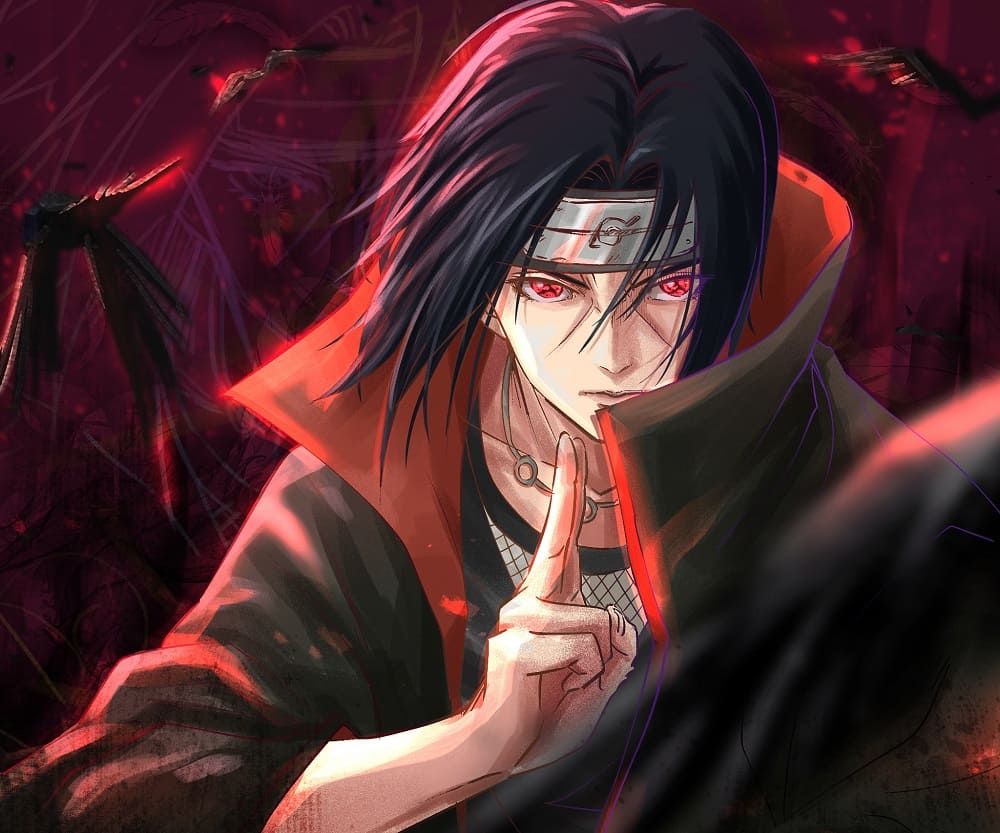 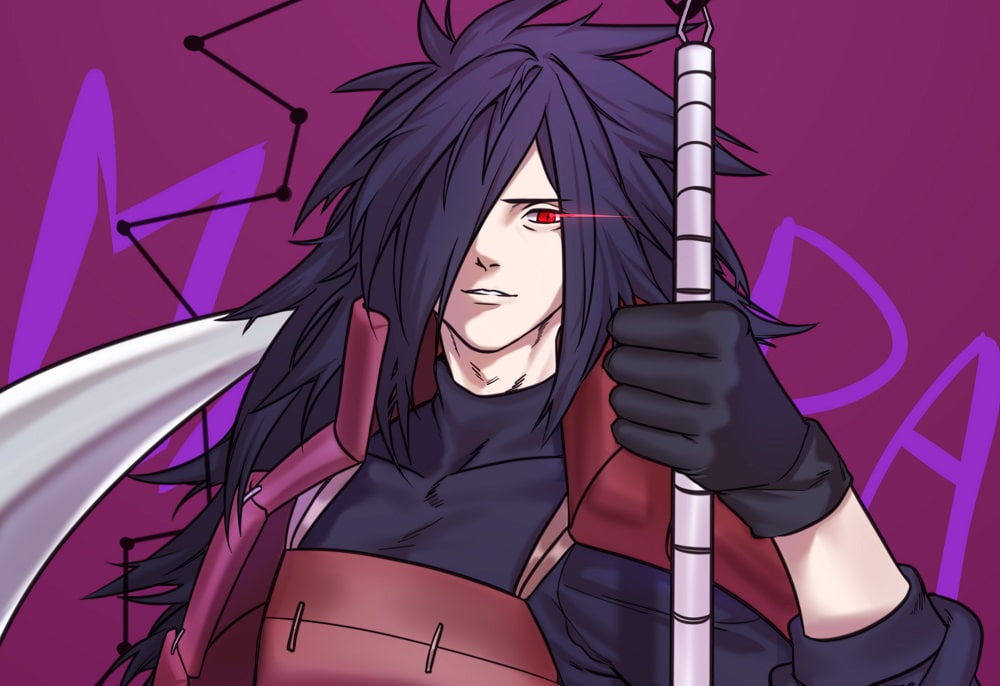 How Much Do You Know About Uchiha Madara