Cursed Spirits (呪じゅ霊れい Jurei?), also referred to simply as Curses (呪のろい Noroi?) are a race of spiritual beings manifested from cursed energy as a result of the negative emotions that flow out of humans. They bring harm to humanity and are consequently the primary targets of jujutsu sorcerers.

The origin of curses and jujutsu is largely unknown. However, it can be surmised that because cursed energy comes from negative emotion, curses have always existed alongside humanity.

During the Heian Era, the height of jujutsu, Ryomen Sukuna was recognized as the undisputed King of Curses. His influence has lived on to greatly affect the current age.

In the modern day, the number of unexplained deaths and disappearances in Japan exceeds ten thousand annually. These statistics are a direct result of the influence curses have on normal society.

Their existence has been kept secret from non-sorcerers, as they are invisible to them. Jujutsu sorcerers act in secret to repel the threat of curses.

Starting in 2017, the year the Night Parade of a Hundred Demons occurred, curse-related events have begun to happen more frequently while presenting more danger than ever before. This includes Sukuna’s reincarnation as well as the unregistered appearance of over four new special grade cursed spirits in Mahito’s group.

Curses are created when cursed energy leaks from humans as a result of their human emotion. Cursed energy builds up like sediment until a cursed spirit takes form.

Populated locations such as schools and hospitals are hot spots for bearing curses because many negative emotions are associated with memories of those places. This same concept applies humanity’s collective fear and hatred.

An image of fear shared by the masses can create a powerful curse even if the subject is not real, such as famous monsters or ghosts. It is the negative emotions that humanity directed at this image that causes it to manifest as a curse.

Longstanding negative feelings such as humanity’s relationship with plagues and natural disasters results in a collection of cursed energy so massive the cursed spirits manifested from them have a consciousness related to those feelings.

For example, humanity’s fear and treatment of forests has directly resulted in Hanami, a very intelligent special grade cursed spirit who wants to free the earth of its humans in order to protect the forests and trees from them.

Mahito is an exceptionally strong and intelligent curse that challenges the concept of the human soul itself because he was born from the hatred humans feel toward one another.

Sorcerers must also be killed with jujutsu or they can become a vengeful spirit after death.

Cursed spirits bodies are entirely made up of cursed energy. Their metaphysical existence makes it impossible for non-sorcerers to perceive or touch them.

Living humans who have been cursed can only tell they have strange symptoms without realizing a cursed spirit behind it. Non sorcerers whose lives are put in danger by a curse may gain the ability to see it in that life or death situation.

Curses come in all kinds of grotesque shapes and sizes. They tend to linger around their point of origin and instinctively curse humans.

Other than that, a curse’s habits vary a great deal from spirit to spirit. Curses are most stable while possessing an item, and some curses can possess inanimate objects to become cursed corpses.

Special grade cursed spirits with high intelligence tend to be bipedal creatures with shapes comparable to humans. They are capable of holding a normal conversation and working together as an organized group.

Certain curses, such as shikigami, obey humans after they’re forced into submission by their master. Others have the ability to mark a human and haunt them, making them capable of attacking a human even if they’re located away from their point of origin.

With bodies composed of cursed energy, cursed spirits cannot be harmed by conventional means. They can be hit by a physical attack but it will deal no damage regardless of how powerful it is. The general rule of jujutsu is that a curse must be exorcised using another curse.

This mean curses can only be exorcised using cursed energy. A fatal attack using cursed energy will cause the cursed spirit to disappear completely. This does not apply to curses who have been incarnated using a flesh and blood human vessel, such as the Cursed Womb: Death Paintings.

Curses that are too powerful to be destroyed must be sealed away using a constraint. Sukuna has continued to exist as twenty fingers classified as special grade cursed objects that can still attract cursed spirits and choose its own vessel. Sukuna’s fingers had to be individually sealed with talisman to inhibit the damage they cause.

If a vengeful spirit that is cursing someone is too powerful to exorcise, millions of figurative knots of cursed energy must be slowly analyzed and undone one by one.

The cursed can do so by learning to master channeling the cursed energy being used to curse them. This was believed to be Yuta and Rika’s case, however, Yuta was actually the one who turned her into a vengeful cursed spirit.

If the cursed severs the bond tying servant to master and the curse doesn’t desire punishment, then the curse breaks. By going beyond the limits of Rika’s power and promising himself in return, the curse was broken once Rika decided not to punish him.

Vengeful Cursed Spirit (過か呪じゅ怨霊おんりょう Ka Ju-Onryō?): A cursed spirit created when humans become a curse after death. Those whose deaths are cursed have the possibility of having their spirit corrupted and transformed into a vengeful spirit.

Sorcerers have an increased chance of turning into a curse after death, but this can be prevented by killig them with jujutsu. Rika Orimoto was transformed into a vengeful curse after Yuta Okkotsu couldn’t accept her death and cursed it on accident.

Imaginary Vengeful Cursed Spirit (仮想かそう呪じゅ怨霊おんりょう Kasō Ju-Onryō?): A cursed spirit manifested from the cumulative fear of the masses. When many people share an image of fear, such as famous yokai or ghost stories like the Nine Tailed Fox, an Imaginary Vengeful Spirit can form.

They are widely feared by sorcerers and classified as such to distinguish them from other curses. Sukuna, who was human over 2,000 years ago, is famous for the legend of the Imaginary Demon God (仮想かそうの鬼神きじん Kasō no Kijin?) with two faces and four arms.

Disease Cursed Spirit (疾しっ病ぺい呪じゅ霊れい Shippei Jurei?): Plague and general sickness are concepts constantly cursed by humanity, resulting in powerful disease curses. These type of cursed spirits can use cursed techniques to infect humans with their respective diseases to curse and kill them.

Pseudo Geto possessed a special grade disease curse: the Smallpox Deity. It could use Domain Expansion with conditions that trapped its target in a coffin, buried them under a gravestone, and infected them with smallpox after a three-second count.

As jujutsu is essentially the manipulation of the energy which curses embody, it’s only natural for them to be able to use it. Like sorcerers, they are capable of using a multitude of curse related abilities, most of which are cursed techniques unique to the specific curse.

Weaker spirits use their presence to curse humans or attack them with their metaphysical features (i.e. teeth, claws). They often act on animalistic instinct to attack in packs but can be frightened by superior cursed energy. Phasing through solid surfaces is an ability that can only be used by low-grade cursed spirits.

The more powerful curses possess immense levels of cursed energy and uncanny cursed techniques. In some cases special grade cursed spirits can even produce their own domains. In the current age, curses far outweigh sorcerers in terms of strength.

There are over sixteen different special grade curse spirits and only four special grade sorcerers, two of whom aren’t even committed to fighting curses. If it were not for Satoru Gojo, it is likely curses would completely overtake humanity, at least in Japan.

Special grade curse spirits, all of whom possess great levels of cursed energy, can manipulate their cursed energy much more naturally than a sorcerer. Unlike sorcerers, strong curses can reinforce their bodies to heal wounds without using a reverse cursed technique.

Finger Bearers, special grade curses born from Sukuna’s fingers, can release their cursed energy with explosive force and utilize it as a weapon. Sukuna, a far more intelligent special grade, believes this to be an obsolete form of jujutsu compared to his cursed techniques, including Domain Expansion. 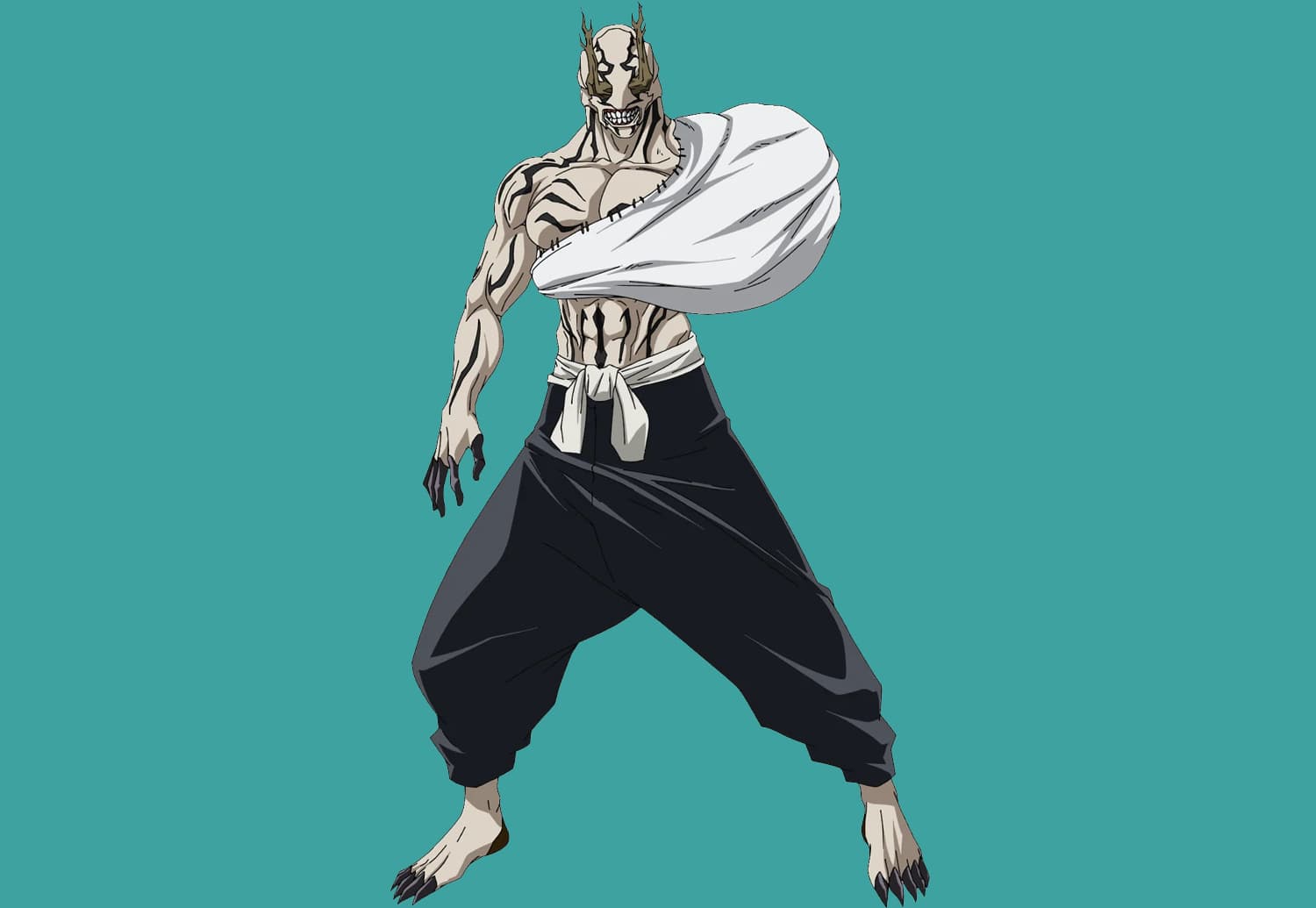 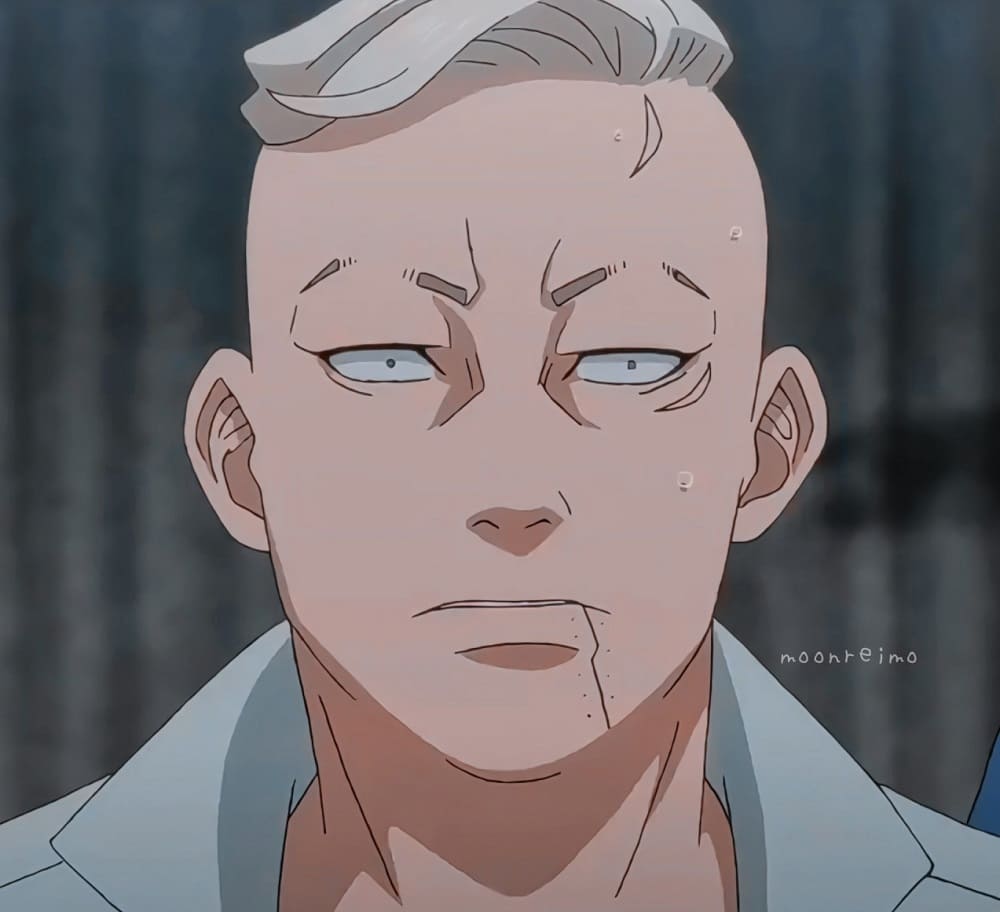 How Much Do You Know About Haruki Hayashida