Mahito (真ま人ひと Mahito?) is one of the primary antagonists of the Jujutsu Kaisen series. He is a cursed spirit allied with Pseudo-Geto. His group’s ultimate goal is the eradication of humanity and ultimately replacing the population with cursed spirits.

As described by jujutsu sorcerers, Mahito is a human looking cursed spirit with a patchwork face and gray eyes. (In the anime, Mahito possesses heterochromia, as his left eye is dark blue and his right eye is gray.)

He has long grayish blue hair that reaches past his neck and is sectioned off into three large strands with ties at the ends. Along with his face, Mahito has stitches all across his body that give him the appearance that he was sewn together.

Mahito normally sports a black shawl that is separated into three pieces on the left sleeve. He also wears matching pants with and sometimes without white shoes.

Mahito is a sadistic, immature cursed spirit who enjoys toying with human emotions. He believes he was born from human transgressions and considers himself the very manifestation of humans’ hatred of each other. As such, Mahito believes that humans should be extinguished and cursed spirits should rule in their place.

Mahito has no sympathy for human lives and appears to place little value on even his own life. He is devoted to his cause, believing that reviving Sukuna is more important than his own well being.

As long as cursed spirits eventually reign supreme, Mahito cares not if he’s there to see it. Unlike his ally Jogo, who is very short-tempered and arrogant, Mahito can remain relatively calm and is playful in nature. Even so, they agree on the same goals when it comes to their race.

Possibly due to the nature of his birth, Mahito is extremely adept at interacting with and manipulating human beings. He preys on their hatred, sorrow, and insecurities in order to direct them to act the way he wishes, even to the point where they even act against their common sense.

After indirectly causing the death of Junpei’s mother, he convinces Junpei that the one who placed Sukuna’s finger in his house that attracted the curse was Shota Ito and drove Junpei to become a curse user as revenge.

Mahito manipulated Junpei so completely that Junpei never considered the fact that Mahito was evil until he actually tried to defend him to Yuuji, even after seeing his experiments in the sewer.

Nanami describes Mahito as extremely immature and has a superficiality about him similar to Satoru Gojo. He enjoys toying with humans, even in battle when his life is on the line.

Mahito befriended Junpei because he saw him as a toy that could be fun to play with. He coerced Junpei into becoming a curse user by feeding on his hatred. When his toy ran out of use, Mahito used him as leverage against Yuji and had even killed him without a second thought.

Mahito is also very philosophical when it comes to the concept of souls. He believes that the human soul came before the body and is intrigued by the very nature of the soul. His cursed technique is derived from this obsession, and he uses it to experiment on human victims in order to gain further knowledge.

He does keep his composure for the most part but can be visibly shaken when his own safety is threatened as when Yuji showed that his own attacks could do real harm to Mahito.

He then emphasizes getting rid of her showing his strong desire to neutralise anyone or anything capable of hurting him.

At the end of his second battle with Yuji, being critically injured by Black Flash and exhausted, Mahito became terrified of Yuji when Yuji showed Mahito his resolve to hunt him down, seeing in Yuji the same callous disdain that Mahito himself showed others.

Mahito then desperately tried to escape Yuji showing that despite all his bravado and pontificating, he was little more that a cruel child at heart that enjoyed hurting others when there was no danger to him but fearful when the consequences of his actions finally caught up with him.

Overall Skill Level: Mahito is an unregistered Special Grade cursed spirit that eclipses the power of at least three of Sukuna’s fingers. He is younger than Jogo and as a result, is less experienced and not as powerful at first.

Despite this, Mahito is far above what a Special Grade cursed spirit would normally be and had demonstrated rapid growth over the course of only two months.

He has very high intelligence and an extremely dangerous cursed technique. Mahito has incredible development potential, as on multiple instances he has developed in the middle of battle.

In a one on one fight, he was able to overwhelm Grade 1 sorcerer, Kento Nanami, by rendering his cursed technique useless. Following that fight, Nanami believed that Mahito had to be exorcised immediately or else he would grow into something too fearsome for Jujutsu High to handle.

In Mahito’s two on one battle with Nanami and Yuji, Mahito would also have likely defeated both jujutsu sorcerers if it were not for Sukuna’s intervention.

During this fight, Mahito was able to grow stronger while his life was in danger, allowing him to achieve the ability to conjure his own Domain Expansion.

Later, during the Shibuya Incident, Mahito went further beyond his boundaries, being able to create whole clones of himself that were indistinguishable from the original, while also developing his Soul manipulating abilities.

Even after splitting his cursed energy in order to create a double, the divided Mahito still demonstrated relativity to Yuji in combat.

During his fight with Yuji and later, Todo, he managed to land multiple black flashes on the two, allowing him to gain sufficient understanding of cursed energy and his own soul to activate Instant Spirit Body Of Distorted Killing, further increasing his power.

Despite having divided strength after splitting his body to create a double, he delivered a blow (enhanced by Idle Transfiguration) to Yuji that was so powerful it made him bleed from the forehead. Mahito claimed that if he had put his back into it more, he could have split Yuji’s skull.

He could easily destroy numerous Mechamarus and was strong enough to pin down Nanami. When enhanced with Black Flash, Mahito’s hits can be so powerful they made Aoi Todo cough up blood despite the latter focusing his cursed energy.

Enhanced Speed: Mahito also has immense speed. He was able to blitz past Nanami’s guard in their fight when using Idle Transfiguration. He was able to outrun Yuji and attack Todo so fast the only thing he could do was to focus his cursed energy.

High Intellect: Mahito possesses very high intellectual prowess, especially for a cursed spirit. He was accurately able to deduce that jujutsu sorcerers were investigating him and was able to set a trap for his pursuers.

Mahito can also surmise his opponent’s skill level and even their cursed technique after just a few exchanges. He was able to accurately do so against Nanami and he was able to realize that Yuji had the ability to see souls thanks to his relationship with Sukuna.

He had also developed countermeasures to Todo’s Boogie Woogie far quicker than Hanami did. He is also very adept at using a variety of tricks to fool his opponents. Along with Pseudo Geto, Mahito often acts as the brains of his faction’s operation.

Enhanced Durability: Mahito is exceptionally difficult to kill. Not only does his cursed technique render physical attacks meaningless, but even Mahito’s soul is extremely resistant to damage.

Nanami attempted to crush Mahito’s body, but he went through their entire battle without expressing that he felt any pain even when attacks did land.

When Yuji was able to hit Mahito’s soul and both jujutsu sorcerers overwhelmed Mahito, he was able to weather the storm and unlocked a new power instead of allowing his body to crumble under the 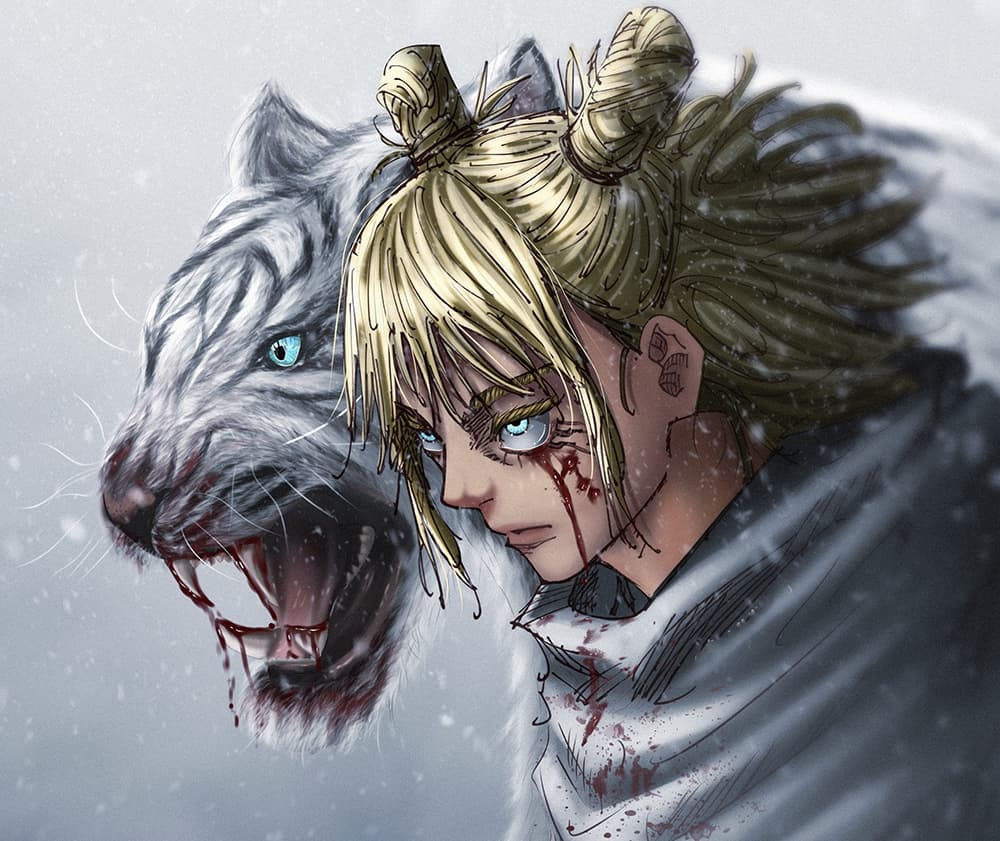 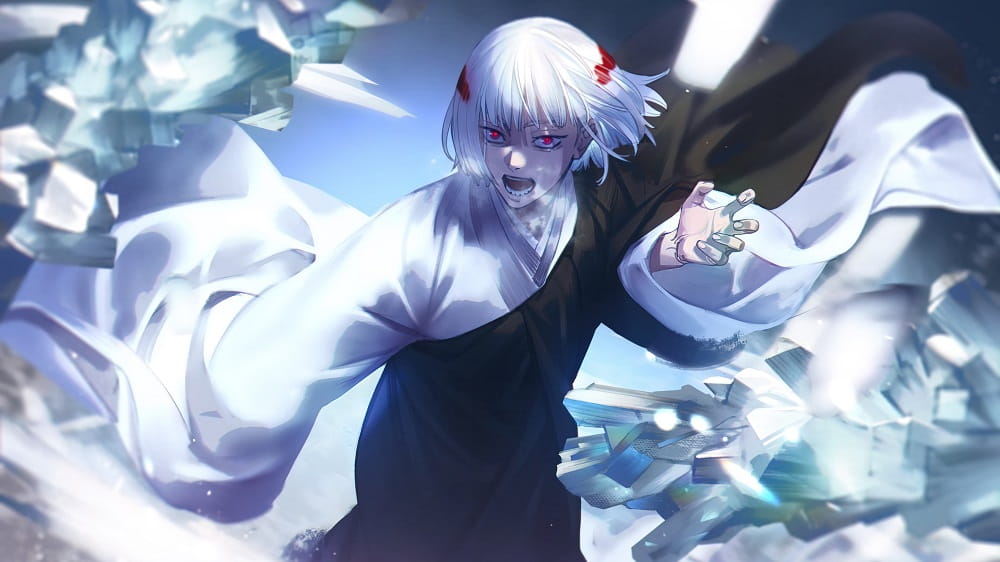 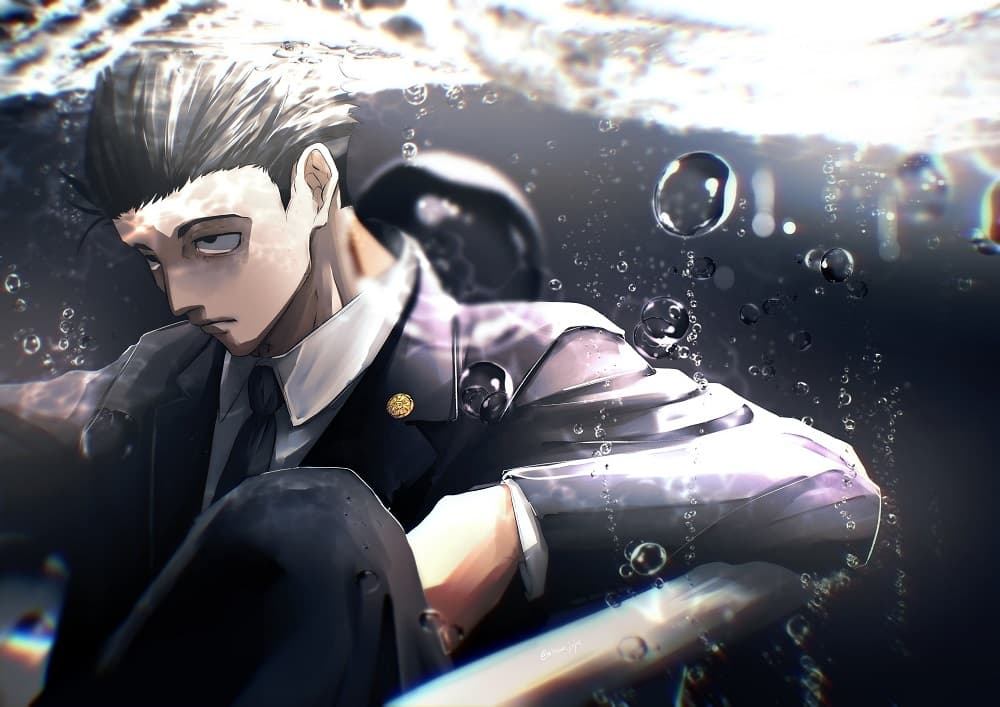