Manjiro is a teenager of below average height with pitch black piercing eyes and long blonde hair that is only tied at the top with the hair on the sides moving freely.

In the original timeline, adult Mikey’s hair was slicked back, and he still had his CB250T motorcycle.

In his second appearance as an adult, Mikey appears with short black hair and a dragon tattoo on his neck similar to the ones Draken and Takashi Mitsuya have. He rides a CB205T owned previously by his brother, Shinichiro Sano.

In the latest present timeline, he has short white hair with a middle part undercut hairstyle and a Bonten tattoo on his nape with a design similar to his adoptive brother’s, Izana Kurokawa’s, earrings. He is noted to be thinner, deranged and with heavy bags under his eyes.

Mikey is usually a carefree teenager who loves to joke and play pranks around those he considers his close friends. He cares for them greatly and is determined to protect their honor.

He rarely shows any sign of weakness, as he believes himself to be the foundation and support for Toman, and if the pillar himself were to display weakness, Toman would also be weakened.

As Toman’s leader, his aura changes dramatically, becoming imposing and commanding. While Toman’s members respect Mikey, they also hold a degree of fear towards him and his immense prowess.

Mikey is also concerned for Toman on an individual level, as shown when he decides to rally the entire gang to seek revenge for one of its member’s friend. Despite his imposing aura as Toman’s leader, Mikey is still a child at heart. He has childish tendencies and loves to sleep whenever he feels like it.

The events that transpire throughout the story force Mikey to quickly mature. He is still an incredibly charismatic leader, but there is now an underlying melancholy beneath the surface.

Indeed, within Mikey, there exists a great darkness. He is forced to carry the burdens of a troubling past, teetering between treading the right path and succumbing to that darkness.

He usually hides this with his carefree grin. Without the right people to guide him, he becomes corrupted, turning into one of the most heinous criminals in the present. It is a large mission of Takemichi to make sure Mikey never veers off the right path ever again.

Even in instances where Mikey succumbs to that darkness, there are conflicting aspects of his personality and contradicting behavior.

He is seen to be attracted to and seeking to embrace a life of violence, committing multiple atrocities or otherwise enabling his enforcers to carry them out without any apparent sign of emotional response, acting with indifference and a cold poker face, being even capable of hurting or even gunning down dear friends of his.

At the same time, he tries to distance himself from his friends, likely knowing he won’t be able to control his impulses, trying to separate himself from taking central command of his crew, and even going as far as attempting suicide as a means to seek both solace and a way to put an end to the chaos he helps create.

The central catalyst for this darkness is loss. As Mikey’s loved ones either suffer or die, it affects Mikey on a very personal level, to the point he later claims their souls guide him, much to the surprise and worry of everyone present who question the veracity of said statements. Along with the increasing body count, Mikey’s mental and emotional state deteriorate accordingly.

Although he is still capable of acting composed and normal the effects of this growing darkness become more apparent even to Mikey himself. It is as a result of this loss, that renders Mikey vulnerable to manipulation and subsequently degrading his moral compass.

In fact, in every timeline with a dark future, the cornerstone was triggered through the death of those closest to Mikey which allowed third parties to fill the void in his heart with evil.

As the leader of Toman, Mikey has absolute control over its members. His presence is able to strengthen the entire gang as a whole, amplifying everyone’s strength, making Toman an incredibly formidable and dangerous opponent for enemies.

Mikey is regarded as the strongest member Toman and arguably the series from a fighting standpoint. His epithet, the Invincible Mikey, is indicative of his strength and how he is revered among other delinquent groups.

He is strong enough to incapacitate other elite gang members with a single kick, and his enemies often remark that they cannot believe that he is a mere teenager.

He favors kicks more than punches, as it deals much more damage and eliminates his height disadvantage, making him able to go toe-to-toe with tall opponents.

Although he has great punching ability, his kicks have crushed cars. The destructive power behind his legs is so infamous, his kicks are regarded as being “nuclear”.

On top of his fighting ability, Mikey possesses prodigious physical condition manifested in multiple ways. For one, his lightning-fast reflexes make him insusceptible to surprise attacks.

His leg strength is such that he could not only lift an entire person holding him with one leg, but also use that same leg to deliver a devastating instant KO kick another enemy, defeating both instantly.

It is later shown that a combination force of Draken, Mitsuya, Chifuyu and Peh-yan was unable to defeat Mikey.

Unlike most delinquents, Mikey has actual martial arts experience that was honed into him ever since he was a child. He was also recognized as a prodigy. Due to this, his fighting sense, flexibility, and reflexes are unparalleled.

His signature and finishing move is a high right roundhouse kick that is executed at a blinding speed to the opponent’s temple, which has caught all but the strongest opponents off guard.

It hooks the opponent’s head and slams it into the ground. Almost all who are hit by this kick get knocked out instantly. This kick has also been seen done using Mikey’s left leg.

Mikey is also shown to have remarkable endurance and resilience. He has been hit by blows that would have knocked out most individuals, yet he can still shake them off and keep fighting. The few times that he has been knocked out, he awoke quite quickly.

Even when beaten down and taking what would otherwise be potential fatal damage, his offensive ability does not diminish in the least, to the point he was capable of knocking an enemy with a single headbutt despite being already slammed repeatedly with a pipe.

Mikey is blessed with unparalleled charisma, something noted by both insiders and rival delinquents, which allows him to maintain his crew in line and garner the respect of other gang leaders.

This charisma is, however, a double-edged sword, as while he has the potential to rally and lead the entire delinquent world under his banner, this power can easily become distorted and incredibly destructive.

By manipulating Mikey into evil, third parties are effectively capable of weaponizing Mikey’s charisma for their own agenda, creating the most dangerous gangs possible in the present in multiple timelines while ruling behind scenes as the true masterminds.

Mikey has a rather unique and fairly keen sense of intuition that manifests in differing somewhat supernatural ways. Upon his first encounter with Takemichi, he was somehow able to tell that he was not a normal middle schooler, although he couldn’t fully understand the true extent of Takemichi’s nature, and remained somewhat suspicious about who and what he was, due to being capable of somewhat predict future events.

When Takemichi grabbed Mikey’s hand in the present, traveling back 10 years into the past, the Mikey of the time was able to sense that Takemichi had time leapt once more.

Another application manifests as a result of his deep bond with his friends. Due to this Mikey is capable of detecting their wills. He correctly deduced that Mitsuya was going to do something on Christmas night and even discern his location, saving his friends from a predicament. He claims that his big brother and Baji’s souls guided him.

As the younger brother of Shinichiro, an expert mechanic, Mikey possesses abundant knowledge about machines, motorbikes in particular. He can fix and assemble parts of a motorbike well. 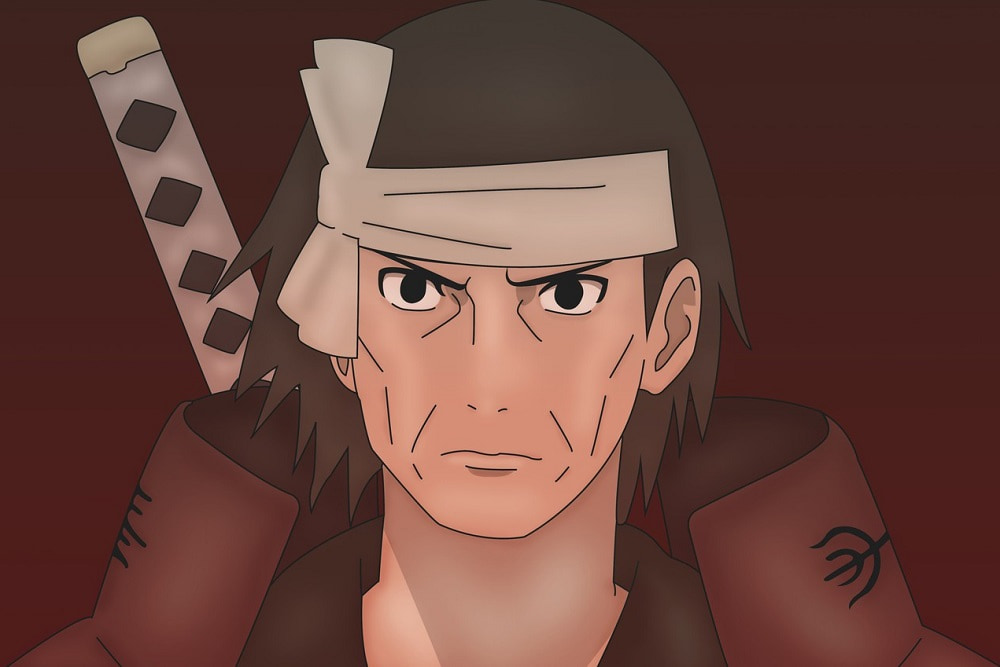 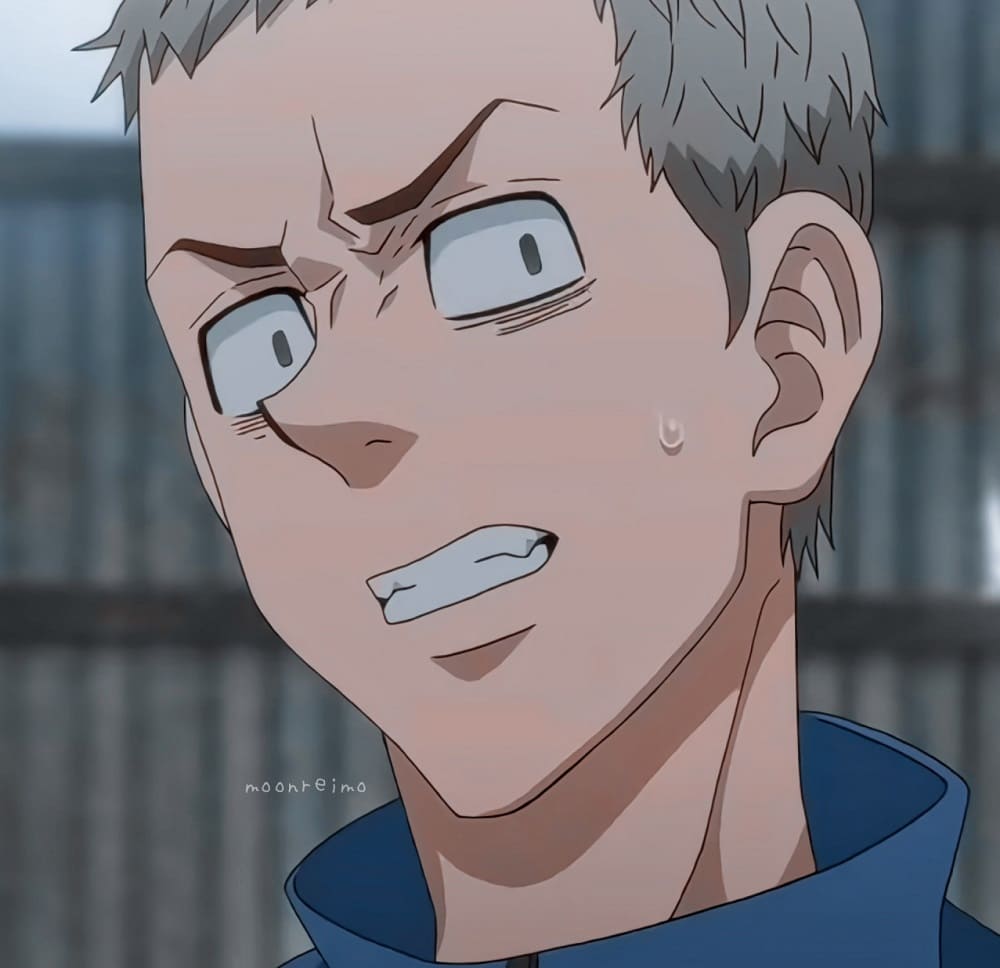