Blue B (ブルービー, Burū Bī) was a high ranking Kumogakure shinobi as well as the predecessor of Killer B as the jinchūriki of the Eight-Tails.

While an excellent shinobi, Blue B didn’t have complete control over the Eight Tails, a fact he lamented while on a mission with A, Killer B, and another unknown shinobi.

He stated that neither him, nor his uncle or father could subjugate the beast due to “incompatibility”. He hoped, however, that B, should he be chosen as the next host, would be able to successfully control the beast.

As A wondered if B would have enough control to be able to suppress the beast, Blue told him of the darkness and loneliness that was part of being a jinchūriki.

A protested calling him a man of great talent, virtue and lineage, which Blue said none of that mattered and what a jinchūriki truly needed was something to give them strength and fill the void that would be created after the beast was sealed into them.

Some time later, in the anime, he was sent on a mission with A and B where they confronted several Iwa ninja, after defeating them Blue B explained to an exhausted B where A’s strength came from.

At some point after this, he lost complete control of the beast and it killed eight Kumo ninja, including Motoi’s father who was a member of the subduing team. The Third Raikage subdued the Eight Tails by sealing it into the Kohaku no Jōhei, resulting in Blue’s death.

In the anime, it was Orochimaru who caused the events leading to Blue B’s death by posing as his doctor and giving him genjutsu inducing pills to paralyse him and proceeded to use the Five Elements Unseal to draw out the tailed beast.

Later, during the battle that followed, Orochimaru retrieved traces of the Eight Tails’ severed horn along with Blue B’s DNA in it. The villagers later lamented Blue B being a failed jinchūriki at his funeral while B paid his respects.

Blue B strongly believed that once a person became a jinchūriki, their life would be full of darkness, fear and overwhelming loneliness. He also believed that what a jinchūriki truly needed was to have something that filled the void in their heart and give them strength.

The prejudice that he was shown after having the beast sealed into him led him to lose his will to live at first due to the overwhelming fear and loneliness he felt. Blue B was even willing to accept the fact that he himself was incapable of controlling the tailed beast within himself.

He had known B and Motoi since they were young, and while finding B’s rhyming sub par he firmly believed B was the best suited to become Gyūki’s next jinchūriki.

In the anime, he was shown to be visibly saddened to learn that eight of his fellow Kumo ninja had died trying to stop his rampage, and apologised to Motoi after being informed his father had been among them, showing that he took responsibility for his actions.

Blue B was glad to realise B had found the “something” a jinchūriki needs to be happy, and congratulated his successor for succeeding where he had failed.

Blue B had long bi-colour hair (half green half white) with matching eyebrows along with heavy-lidded eyes that give him the appearance of being very tired. He had a purple mark in the shape of a diamond down the right side of his face.

He wore the standard attire of the Kumogakure shinobi including a flak jacket, over a long sleeved v-neck outfit with bandages underneath and carried a fairly long sword strapped to his back. After being reincarnated, he looked like he did while alive with the exception of pupil-less eyes and grey sclerae.

Although nothing has been seen of his abilities in the manga, the would be Fourth Raikage hailed him as a highly skilled shinobi with a natural aptitude for ninjutsu. He was also presumably skilled in kenjutsu as he carried a sword around with him.

In the anime, his talents as a shinobi and jinchūriki were great enough that Kabuto Yakushi chose to reincarnate him for the Fourth Shinobi World War. He was also shown to be a sensor type ninja, able to detect Gyūki’s chakra within B despite his successor not accessing the tailed beast’s chakra at the time.

In the anime, Blue B demonstrated considerable unarmed and close-ranged fighting prowess, able to easily fend off multiple Iwa ninja. After being reincarnated, he was able to fight Killer B to a standstill and use the Lightning Release: Lariat with enough power to match B’s own while they were both in their Version 2 state.

As a former jinchūriki, Blue B possessed immense reserves of powerful chakra. While never obtaining complete control of Gyūki’s power, Blue B was known for his impressive use of it. When he was alive he was able to use partial transformation by manifesting one of Gyūki’s tails.

In the anime after being reincarnated, while having lost access to Gyūki specifically, Kabuto used Gyūki’s genetic material, which was harvested through Orochimaru’s experiments, to restore most of Blue B’s previous jinchūriki powers, becoming in essence a pseudo-jinchūriki.

Blue B was shown to be able to access his chakra shroud at will, entering an eight tailed Version 2 form while still retaining his personality. While in this form, Blue B becomes noticeably more muscular, the blue diamond shape on Blue B’s eye can be seen, and the left horn is coloured green.

He could also manifest a bone structure to aid him in performing the Lightning Release: Lariat and attack his enemies from a distance by extending chakra arms. His might in this form was enough to fight on par with Killer B, Gyūki’s current jinchūriki, as well as easily resist strong electrical blasts.

Blue B could also perform the Tailed Beast Ball as well as rapidly fire them without fully transforming into the Eight-Tails. He could also communicate telepathically with other jinchūriki. 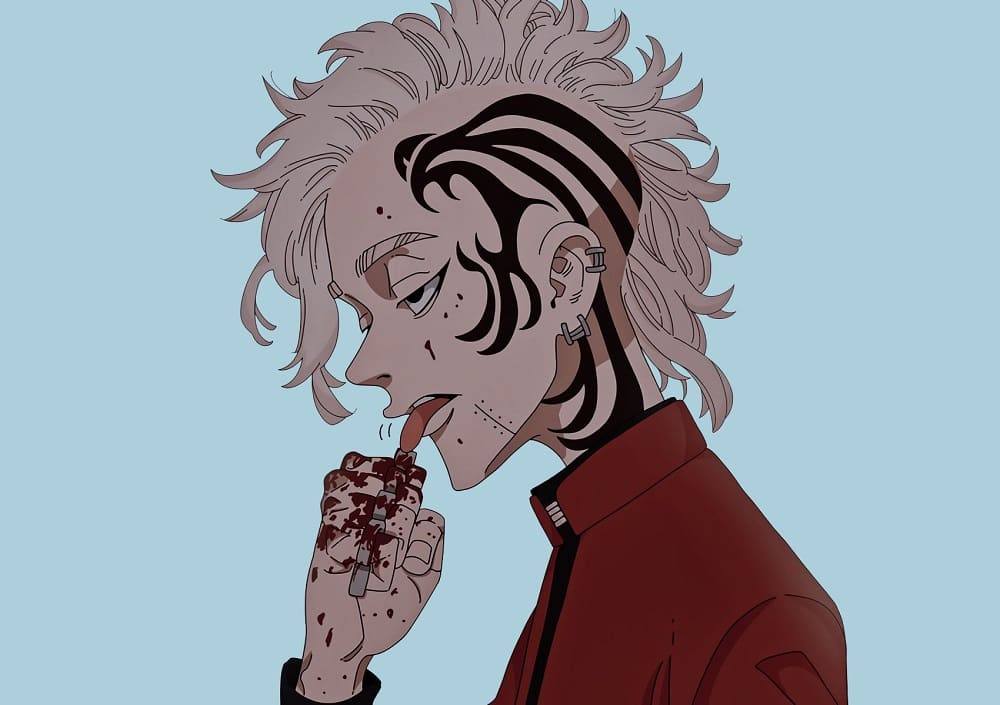 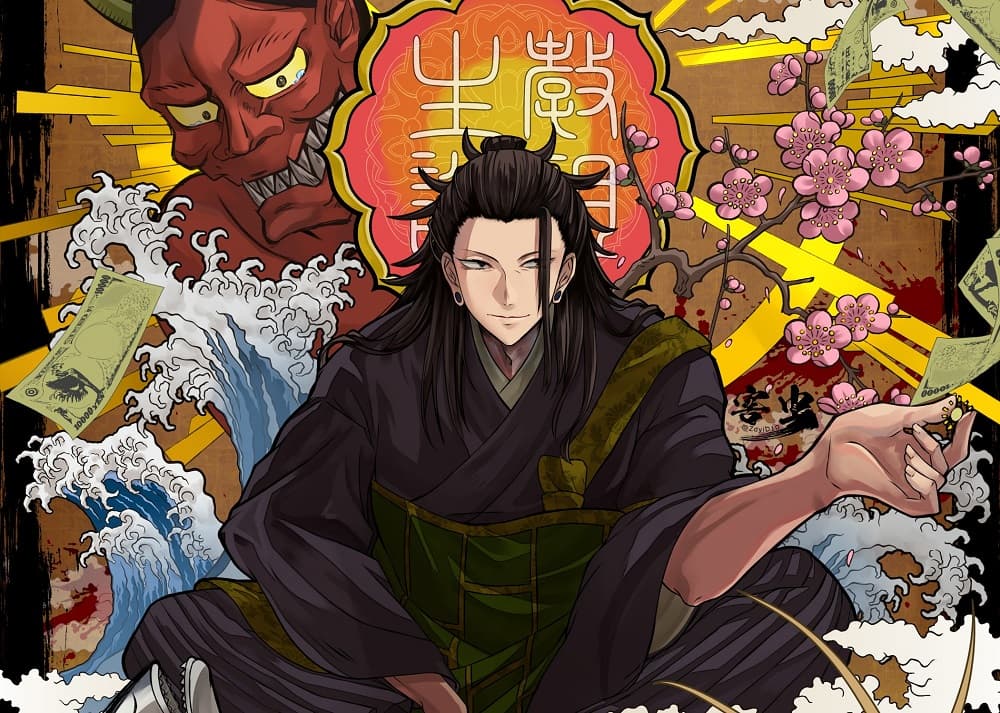 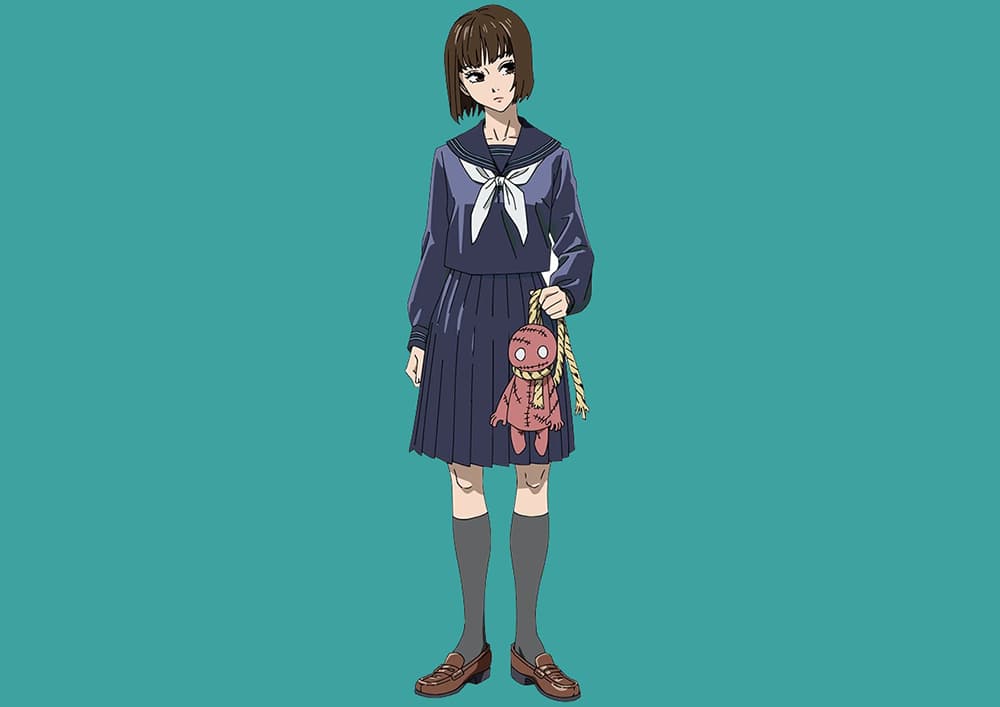